At the center of West of Then is Karen Morgan — island flower, fifth-generation haole (white) Hawaiian, Mayflower descendant — now living on the streets of downtown Honolulu. Despite her recklessness, Karen inspires fierce loyalty and love in her three daughters. When she goes missing in the spring of 2002, Tara, the eldest, sets out to find and hopefully save her mother Download The Legend of The Leaves 2. Her journey is about what you give up when you try to renounce your past, whether personal, familial, or historical, and what you gain when you confront it. »

By turns tough and touching, Smith’s modern detective story unravels the rich history of the fiftieth state and the realities of contemporary Hawaii — its sizable homeless population, its drug subculture — as well as its generous, diverse humanity and astonishing beauty Download wordpress korean files. In this land of so many ghosts, the author’s search for her mother becomes a reckoning with herself, her family, and with the meaning of home.

Chapter One: The Bounty

The first time I saw snow falling was on Thanksgiving. I was in the town of East Barnet, Vermont. It was 1987. I was seventeen. My ex-stepmother, Debbie, and I were the guests of two kindly gay innkeepers Download Dungeon & Dragon Rom. We were in New England looking at colleges. I am from Hawaii. I had never seen snow before. And this wasn’t even a real snow, the men informed me. This was a dusting.

It didn’t matter. I walked outside and opened my mouth and tried to eat it Download the red phone. Debbie took a picture of me. I look ridiculous. My arms are outstretched. I am wearing yellow padded snowshoes and a stonewashed denim jacket my friend Kenji Nakano had brought me from Japan.

I felt exhilarated and disappointed both. Snow was supposed to do something. Cover you up, at least. This snow wasn’t even cold.

A year later I went to college down the road from there — Dartmouth 마크 리소스팩 다운로드. I felt I was in a J. Crew catalog. I got a boyfriend within a month. Scott had a good sense of humor, especially when it came to misfortune, and he was smart, so his stories were good. At Collis Cafe we ate hummus and discussed our classes over flavored coffee. That fall he was taking a course in colonial New England history.

When the Pilgrims came, Scott informed me, they made a mistake about the weather in America Hidden Singer 5 times downloaded. They thought that because their new home was on the same latitude as Spain, winters would be mild. Like what they were familiar with, but better. North America is much colder than Europe, however. The first winter most of the Pilgrims froze and died. Which was why, that second year, when the Indians came with maize and turkey, they celebrated Thanksgiving Download Hancom 2010.

Scott was from Texas. I’d been to Texas.

I always remembered this story. How sad, to be so disappointed by a place you thought would change everything.

Fourteen years later to the month, I am in a park in downtown Honolulu, waiting for my homeless mother to reappear from wherever she’s gone off to 하드웨어 드라이버. In 1988 I did not think this is where I would end up. Scott liked to think I’d end up in a suit and high heels, at an advertising job. I encouraged the fantasy by joining a sorority. He said I would be the best dancer at the Christmas party. This flattered and depressed me. My own projections were less precise. When I thought of what I’d be doing in 2002 I imagined the reflection of lights on dark windows Download music down for free. I would be in an apartment high off the ground. It would be dark outside and light inside. My hair would be up. That’s as far as I got: apartment, hair up, the reflection of light on windows.

In 1988 my mother had just gotten out of rehab. Though I didn’t know how things would turn out for her, I was hopeful. I am usually hopeful.

There were men in jumpsuits here this morning, men whose job it is to clean up this park cookie run oven break. They came with hoses and rakes and garbage bags. They cleared out the dead leaves; they emptied the wastebaskets. They picked up the human trash: greasy paper bags, empty beer bottles, toilet paper and Styrofoam plate-lunch containers and cigarette butts and feces. By now, by midmorning, Triangle Park feels sparkly again. The wind sweeps down from the mountains, making the leaves shiver. The sun is on the grass. Near a building hung with Chinese signs a woman crosses the street. She’s approaching a car that has stopped and is now idling, waiting for her.

Her name is Serena. She is blond, fiftyish, drug-addict lean. She wears a denim miniskirt and a pale pink tank top. A tattoo wilts down her left bicep. She turns her head to let the wind from the ocean clear the hair from her eyes — in Honolulu the trade winds are constant — and for a moment I can see her face in full: wide high cheeks, bright brown eyes. It could be a pretty face but for the missing teeth. They deflate her jaw, giving her the look of an old baby, elongated and tattooed.

In the past I have seen Serena from a distance and mistaken her for my mother because she is skinny like my mother is, has dyed hair like my mother does, and at times looks hollow and vacant the way I think my mother might look when she’s high, though this is largely speculation, because ever since she relapsed four years ago Karen is memorable to my sisters and me mostly for her absence. So really Serena is what I picture my mother might be, or what she might become, a toothless hag, if she stays in Triangle Park any longer.

Karen Morgan gave me up twenty-five years ago, when I was seven. She was a heroin addict and couldn’t take care of me. My father and my stepmother raised me, educated me, sent me to college. I don’t know why I think my mother is my responsibility, but I do.

She has been beaten up, raped. She’s been arrested; she’s prostituted. Add to this the long-term effects of opiate addiction, heavy smoking, bouts with pneumonia, and the constant threat of disease — TB, staph, septicemia, hepatitis, and HIV — and perhaps you can understand why I am afraid my mother is going to die out here. I do not know whether this is a real fear or not. But people die on the street, and this is why I am here. 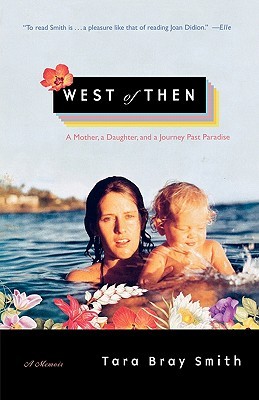